Skip to main content
Home About CCUA Board of Directors

CCUA is governed by a Board of Directors from various credit unions and caisse populaires. Below is the current list of CCUA’s Board Directors. 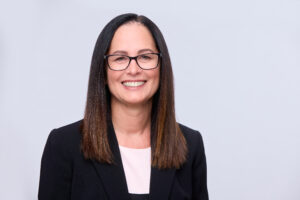 Following this role, Shelley was appointed senior vice-president of operations, sales and member experience and focused on providing employees with operations support and for developing and implementing an enterprise-wide continuous improvement strategy known as Lean. In 2012, Shelley became president of Envision Financial. Four years later in 2016, Shelley was appointed chief operating officer of First West where she was responsible for leading First West’s regional operations, encompassing retail, business and commercial banking, wealth management, general insurance, and operations for all of First West’s local market brands.

Shelley holds an MBA from Royal Roads University, a certificate in financial planning, is a graduate of the Stanford Executive Program, specializing in strategy and organizational design and has received an Operational Risk Management professional designation from the International Council for Operational Risk Management. Shelley is the past chair for the Surrey Board of Trade. Shelley is currently Chair of the Canadian Credit Union Association’s board of directors and has also served on the Aviso Member Advisory Board. 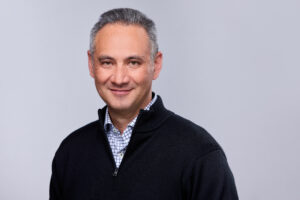 Gavin is president and CEO of Prospera Credit Union.  Widely respected as a collaborative relationship builder and strategic business leader, Gavin has spent the past 25 years committed to growing BC member-based organizations.  With an equal focus on delivering value for members, engaging employees, and supporting local communities, Gavin is passionate about the power of financial cooperatives.

In 2019, Gavin led the merger of Prospera and Westminster Savings, garnering overwhelming member approval.   Upon completion on January 1, 2020, this merger was the largest in Canadian credit union history and Prospera became the sixth largest credit union in Canada with more than $9.5 billion in assets under management.

Prior to becoming Prospera’s CEO, Gavin was the CEO of Westminster Savings Credit Union, a role he held for eight years. Under his leadership, assets under management nearly doubled and Westminster was consistently recognized for its strong organizational culture.  Prior to Westminster, Gavin held several executive positions with the British Columbia Automobile Association (BCAA).  Spanning a 16-year career at BCAA, he was most recently senior vice president and chief operations officer with responsibility for all member-facing operations.

Gavin is a Chartered Accountant by training and a KPMG alumnus. In 2020 Gavin was elected as a Fellow of the Chartered Professional Accountants of BC.  He is a graduate of the Queen’s University Executive Leadership program, holds a business degree from Simon Fraser University and is an accredited Director through the Rotman School of Management Corporate Directors Program.

Gavin is deeply committed to supporting his profession and giving back to his local community.  He currently serves on the Board of the Canadian Credit Union Association, the national credit union trade association and has served on the Credential Financial Inc Board and as Board Chair for two national finance companies.  From 2013 to 2020, Gavin was on the Board of Canuck Place Children’s Hospice serving two years as Board Chair. 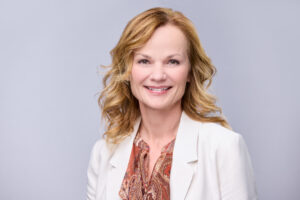 Linda joined First Credit Union in February of 2018 as President & Chief Executive Officer. With over twenty years of experience in Senior Executive roles within Canada Trust, TD Bank, CIBC and the insurance division of BCAA, Linda has developed expertise in change management, leadership, & continuous improvement. Some of the highlights of her roles include leading the Retail branches in Alberta for CIBC as Market Vice President, leading National Sales as VP Private Client Services for TD Wealth, introducing Lean Six Sigma methodology to TD Bank, and leading the Insurance operation and contact centre for BCAA as SVP & Chief Member Experience Officer. 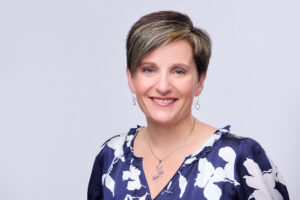 Jodi Chambers is Chief Strategy & Innovation Officer with Cornerstone Credit Union. Jodi started her career in Winnipeg with Assiniboine, where she enjoyed working in many different roles and areas for 20 years.  In 2013, she moved to Alberta and worked with Alberta Central and Celero before taking an opportunity to remotely work with Conexus, Cornerstone, Innovation and Synergy credit unions in Saskatchewan.

Jodi is passionate about continuous learning and making a positive impact on the people around her.  She has a Master Business Administration from Royal Roads and recently completed a Digital Leadership certification through eCornell. As past Chair of the National Young Leader committee, she was the thought leader that brought seasoned and young leaders together through experiential learning and networking opportunities.  Jodi is an advocate for financial literacy and teaches courses at Momentum, a Calgary organization committed to community economic development through the principles of the sustainable livelihoods model. Internationally, Jodi spent 3 weeks in Africa coaching credit union managers and board members.

Jodi is known for her ability to inspire and motivate others.  She is committed to creating a learning culture through her passion for innovation and strategic thought leadership.  Jodi is often recognized for her dedication to drive positive transformational change and her belief in the benefits that technology and digital transformation can provide. 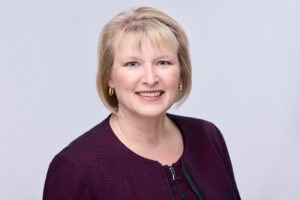 With over 20 years of leadership experience, Tammy Christopher is Chief Executive Officer of OMISTA Credit Union in New Brunswick. Tammy heads up a dynamic leadership team who develop strategy with the credit union principles of honesty, fairness, and trust top of mine. She is passionate about the evolution of the Credit Union System and being a trusted partner of financial advice and guidance by members.

Tammy is a well-rounded leader who holds a Charter Professional Accountants (CPA) designation, is a Fellow of the Credit Union Institute of Canada (FCUIC), a graduate of the Institute of Corporate Directors (ICD.D), the Credit Union Directors Achievement (CUDA) Program, and who is certified in Change Management through Prosci.  At present, Tammy serves as a Director with Atlantic Central and is a past vice-chair of League Savings and Mortgage.

She lives just up the road from the world-famous Hopewell Rocks with her husband Tim.  She is a proud mother to 3 children, Grace, Aidan, and Faith who are all currently attending post-secondary educational institutions. Tammy is an avid runner and logs many miles on the trails of her favourite location at White Rock Recreational Park. 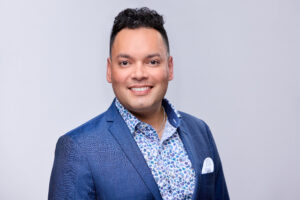 George has over 25 years of experience in the Credit Union system and has held various positions.  Currently he serves as the Chief Executive Officer of Luminus Financial, a position he has held for the last 15 years. Since taking the position, the credit union’s assets have grown by close to 500%.  He also has the distinction of becoming one of the youngest Credit Union CEOs in 2005, whose leadership helped the company receive the prestigious awards and recognitions including:

George received his Accounting Diploma from Centennial College, his Bachelor of Commerce – Business Management and Marketing Management with a minor in Human Resources from Ryerson University and his Fellowship with the Credit Union Institution of Canada (FCUIC) designation through Dalhousie University. 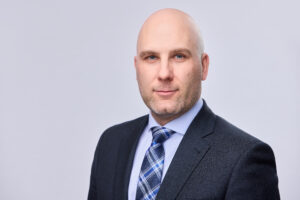 Ryan joined Servus Credit Union in 2005 and has served as Chief Financial Officer since 2018.
Born and raised in Saskatchewan, Ryan holds a Bachelor of Commerce from the University of Saskatchewan, a Master of Business Administration from Edinburgh Business School, and the Derivatives Market Specialist designation from the Canadian Securities Institute. In 2016, he completed the Business Leadership Program for Financial Executives from the University of Toronto’s Rotman School of Management. More recently, Ryan successfully completed the Chartered Professional Accountants requirements at the end of 2021 and is eagerly awaiting his official admission into the CPA profession.

One of Ryan’s proudest achievements during his credit union career has been receiving CCUA’s National Credit Union Young Leaders Award and Scholarship in 2015 and subsequently serving on the National Young Leader Committee for a three-year term with an impressive group of CU leaders from across the country.

When he isn’t crunching numbers and watching the markets, you’ll find Ryan on the go around Edmonton and beyond with his wife, Erin, and their two young children. 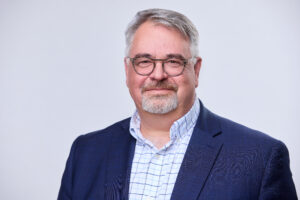 Ken Shea is the President & CEO of East Coast Credit Union, the largest credit union in Nova Scotia. Ken began his career in financial services in 1983 with the Bank of Montreal, and progressed through various senior management positions until he left the position of Personal Banking Area Manager to join the Credit Union system in 2004.

Ken was inducted into Atlantic Business Magazine’s Top 50 CEOs in 2015, and has been named a Top 50 CEO in Atlantic Canada for 5 years including being inducted to the Atlantic Business Hall of Fame in 2020. Ken was also named 2018 Canada’s Clean 50 Award Honoree, and under his leadership, ECCU was awarded the 2018 Canadian Credit Union Association National Corporate Social Responsibility Award.

At present, Ken serves as a Director with League Data, a Director and Vice Chair of CU FM an Atlantic Wealth business for partner credit unions,  Vice Chair of the Canadian Chapter of the Credit Union Executives Society. Ken lives in Bedford, Nova Scotia with his wife Lori, two girls Hilary and Claire, and their dogs Penny and Lucy. 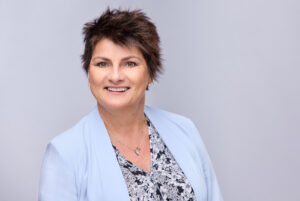 Maggie Sinclair is Conexus Credit Union’s Chief Risk and Compliance Officer, with over 25 years extensive experience in the Financial Services Industry in Canada and Australia. Maggie is responsible for assessing and mitigating significant competitive, regulatory and technological threats to the Company. In other words, Responsible for leading and implementing efforts to reduce business risks that can put the organization at risk.

A proactive results driven business leader that has the commercial drive and presence to create and mold operational and sales teams to deliver against stretching business objectives. She combines advanced business practices and strategy to integrate focused programs that will increase revenue, enhance member advice delivery, improve internal processes, and align operations to corporate goals. Describe to have a passion to make the ‘difficult seem simple’.

Maggie’s hands on experience is complemented by numerous academic accomplishments. She holds an Masters of Business (MBA) degree from the University of Southern Australia, with an additional distinction in Human Resources, is an alumni of the Queen’s Executive Program and recently completed her ICD.D director designation through Rotman Business School. 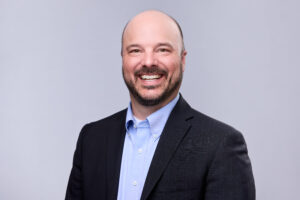 Michael and his team at Libro support everyone at Libro in telling the story of the credit union, its social purpose and the impact it makes across southwestern Ontario. He oversees strategy in the areas of digital delivery through mobile and online banking, marketing, communications, corporate social responsibility, government relations, and insights/research. All they do is focused on helping Owners to understand the value of partnering with Libro.

Michael holds a Bachelor of Commercial Studies from Western University, is a certified Lean Greenbelt champion, and has training in Innovation through Human Centered Design. Since joining the Credit Union system in 2005, Michael has also worked in a variety of branch-based roles leading teams in commercial, agricultural, and personal lending, bringing an understanding of the Owners’ needs from his experience.

A strong champion of the credit union system, Michael has served on national and provincial system committees. Locally he has served on boards and committees with several non-profit organizations, hospital foundations, and sports associations, and is currently on the board of directors for Pillar Non-Profit Network. Michael and his wife, Christine, a Registered Physiotherapist, live in Lambeth and have 3 children who are active in hockey and baseball.

We connect credit unions, Centrals and strategic partner organizations to collaborate and exchange knowledge and information, enabling our members to provide strategic input to the work of the association.

We work in partnership with governments at all levels to allow credit unions to promote public policy solutions that contribute to economic growth, banking innovation, social impact and greater community prosperity.

We offer best-in-class training and development for credit union directors and employees in a variety of formats to accommodate different learning styles and learning objectives. All programs are designed specifically for the credit union system, often by credit union professionals.

Learn More Board of Directors